A species near the extinction

It sounds like the premise of a post-apocalyptic science fiction movie, but this is harsh reality for the Fatu Hiva Monarch – a large, glossy flycatcher native to French Polynesia. Tragically, there are fewer than twenty individuals left on earth, including just four breeding pairs in 2021. Locally known as ‘Oma’o ke’eke’e, the species was formerly widespread across the island of Fatu Hiva – but the minute non-native rats jumped from some commercial ships in the 80’s, the ecosystem was flung into turmoil. From common in the island, the population dropped to 270 individuals estimated in 2007, then the decrease accelerated with the death of older adults. A conservation program was set up in 2008 by the SOP MANU on the 10 remaining pairs, but in fact only 2 were still fertile. Subsequently, the very abundant feral cats on the island had too great impact on the juveniles emerging from the nests. Although monarchs produce only one pup per nest, protection from rats through hundreds of rat control stations has fledged 70 juveniles in 12 years, but very few reach adulthood.

Compared to some birds, however, it is a tenacious survivor – five other species of Polynesian monarch went extinct in the 19th and 20th centuries, and the Fatu Hiva Monarch is now one of just six remaining species in the Pomarea genus. 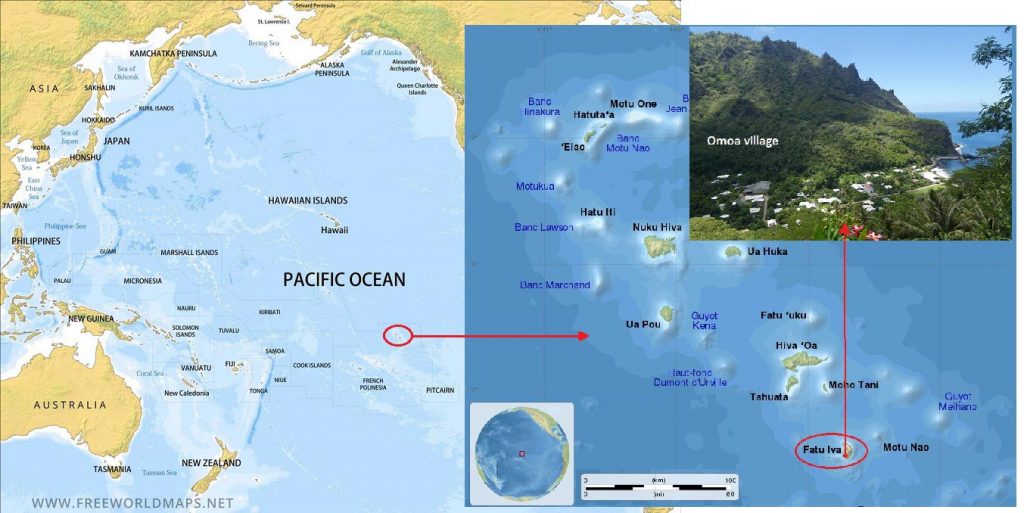 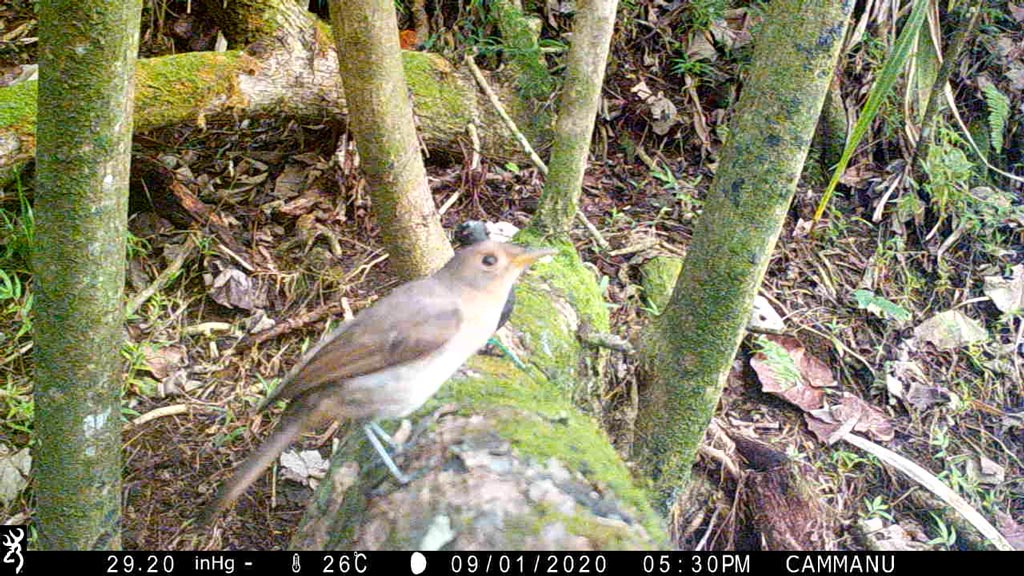 Juvenile recorded by a trail cam 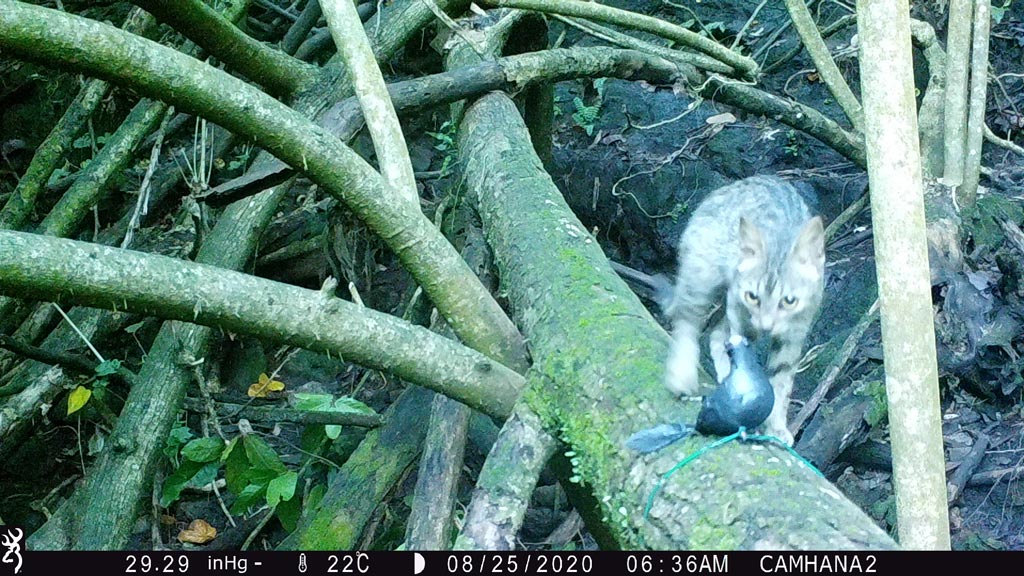 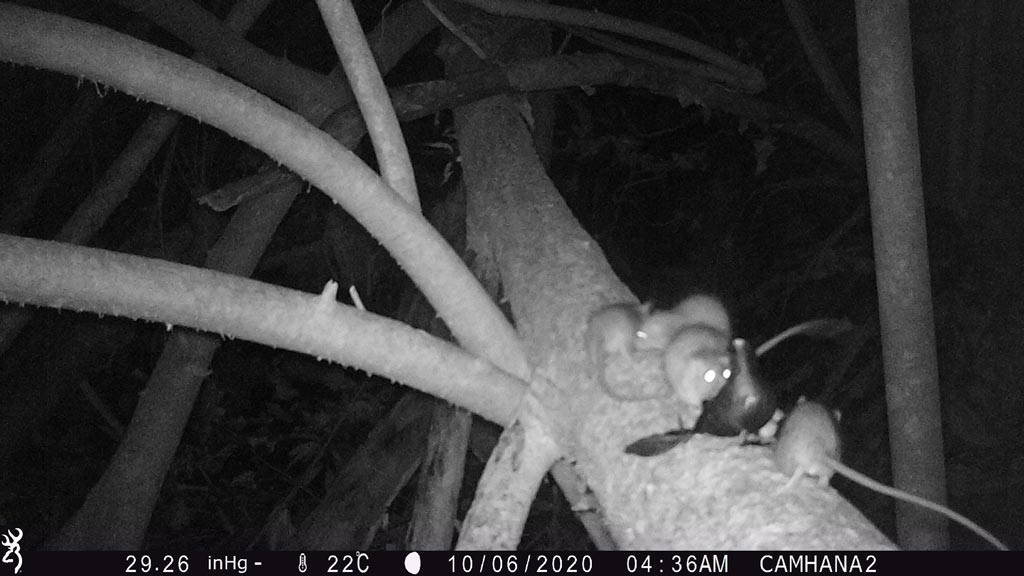 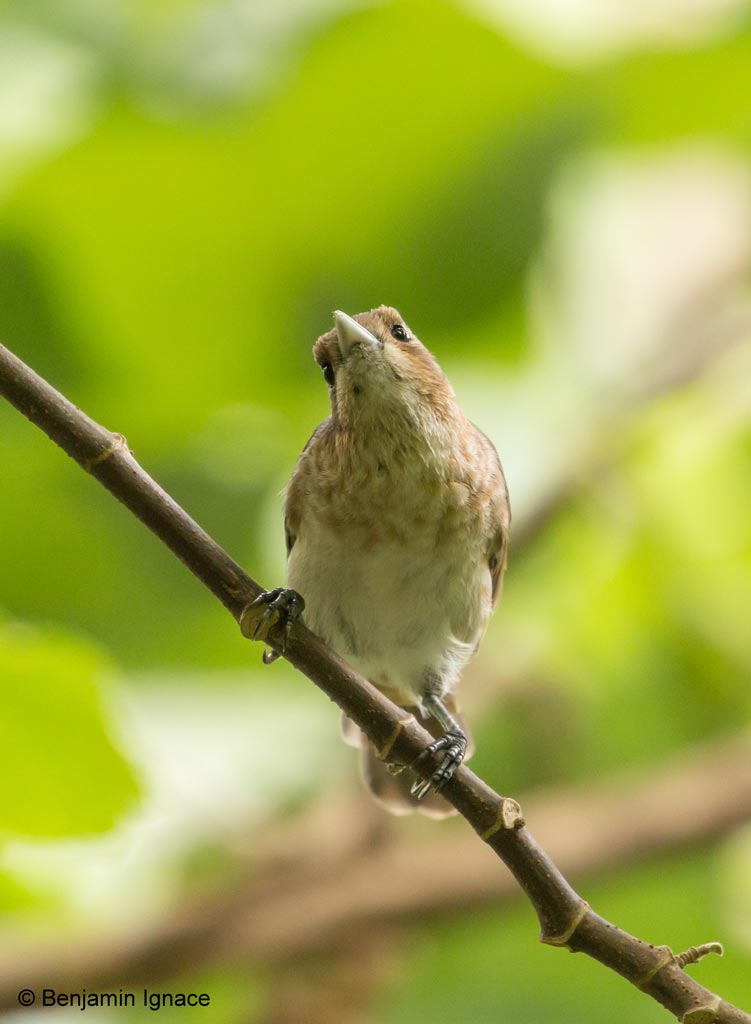 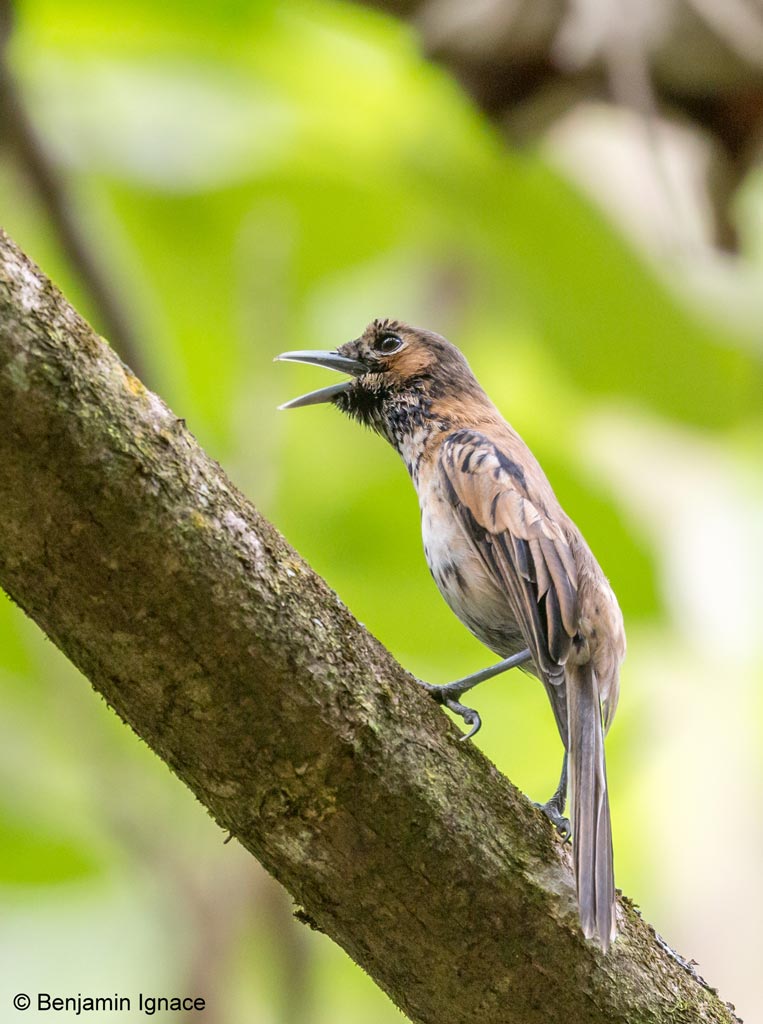 Today, conservationists have managed to bring the rats under a satisfying degree of control, deploying methods such as fitting metal bands around the trunks of palm trees with local farmers to decrease predator in coconut plantations. But feral cats – which also prowl the island in large numbers – now constitute the biggest threat to the survival of the species. Tragically, these invasive predators capture most of the young birds after they fledge, preventing the population from growing and recovering. This unique bird, found nowhere else on earth, is teetering on the very brink of extinction.

SOP Manu has been very active since 2008 in helping the Fatu Hiva Monarch along the road to recovery. Our recent work has focused on controlling feral cats, protecting coconut groves from rats and placing camera traps around the island to get crucial information on where youngsters go after fledging.  In 2022, monitoring with telemetry can help to understand better dispersion pattern.

What you can do ?

However, the COVID-19 pandemic has hit their operations hard. Travel restrictions prevented the conservation team from accessing the island for much of 2020, and many of their usual donors have been unable to allocate funds to this essential work. Catastrophically, in 2020 only two chicks survived more than two months after fledging the nest. It’s clear that the future of the species is in crisis – but hope is at hand. Thanks to our extensive experience and the fantastic local team, we can continue to fight the threats. All we need is the funding. 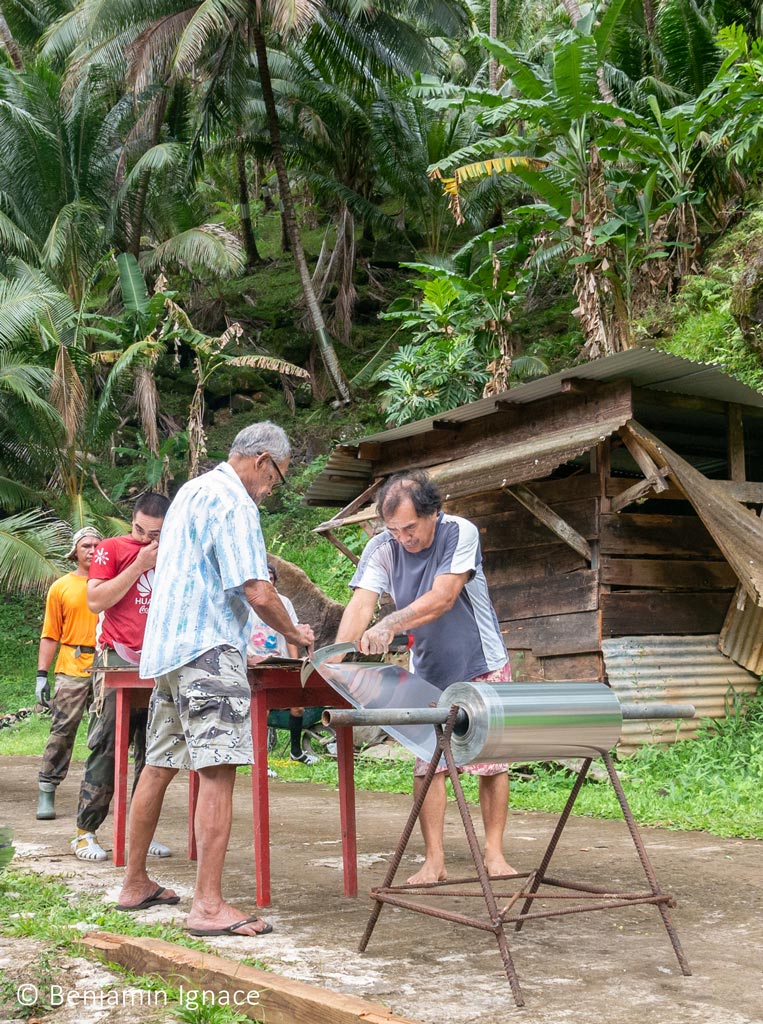 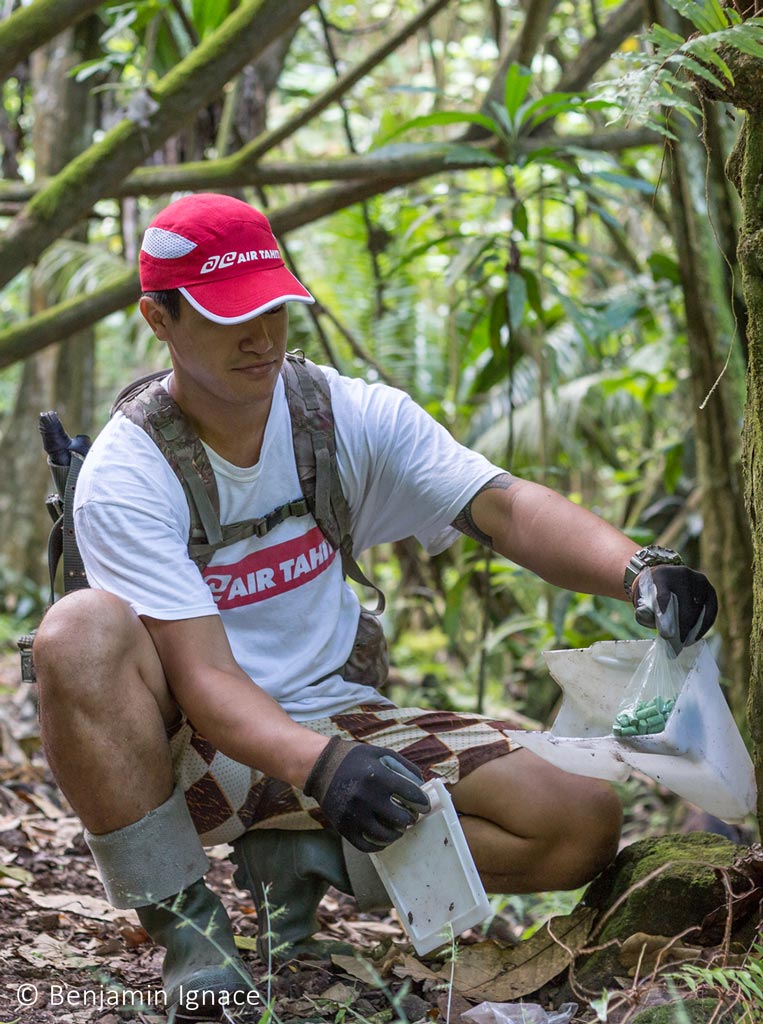